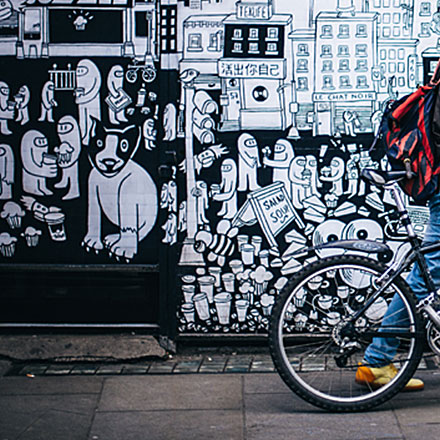 A head full of dreams

Mere mileage is the thing; and anyone who has been far enough, and collected the right number of pictures (still or moving, but for preference in colour), will be able to lecture to packed houses for several days running.”

The travel writer, at least, had to sit down and actually bash it all out, which gave him or her some measure of self-­respect. The travel photographer had it worse. The right to call itself art rather than mere mechanism had been photography’s struggle since the medium was invented, but now practitioners had to differentiate their efforts from the unstudied shutter-­clicks of rank amateurs. The problem grew even more dire as travel photography transitioned from a hobby to perhaps the ultimate signifier of the inauthentic and the conformist.

In his 1954 essay “The Loss of the Creature,” Walker Percy imagines a sightseer upon his first approach to the Grand Canyon: “Instead of looking at it, he photographs it. There is no confrontation at all. At the end of forty years of preformulation and with the Grand Canyon yawning at his feet, what does he do? He waives his right of seeing and knowing and records symbols for the next forty years.” In this case, the travel photographer has committed the original sin: His job is to create the ideal image against which the multitudes will inevitably find their own experiences wanting. The travel photographer is thereby caught in a bind. Either he is no better than the desultory tourist, or he is responsible for the fact that our experiences rarely resemble the advertisements or postcards.

The next generation of Magazine design.